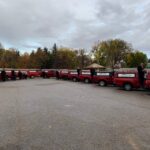 A Pest Management Professional’s role requires a thorough understanding of the fundamentals relating to the control of insect and animal pests.  Their duties include working hand in hand with the Health Department to ensure that their standards are adhered to because pest control, in reality, also provides a major contribution towards the prevention of spreading … Read more 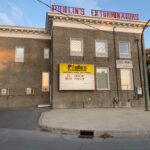 Our Mission We at Poulin’s are committed to providing the highest quality of pest control service possible in Canada. Our Promise We value and appreciate your business and promise to maintain the highest industry standards to protect your health and your property. We will do this by utilizing cutting edge, environmentally friendly pest management technology … Read more 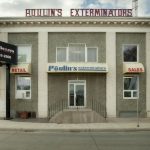 Pest control is considered an essential service as pests don’t stop entering and breeding when locations are closed or shut down. We understand that you will still have unwelcome pest visitors in your home or business which may cause you to feel frustrated, alone, or even scared with all the closures and not know where … Read more 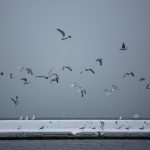 Both bird lovers and those tormented by invasive birds need to educate themselves about the local laws related to possession and control of birds. In some cases, a permit or license is needed to keep both native and introduced birds. Some of these birds may become established in the wild, creating a nuisance that impacts … Read more 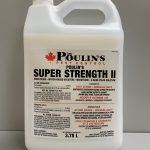 Unsure of what to do with that half empty bottle of pesticide? Here is what you need to know. Pesticides must be disposed of properly in order to help protect our environment and prevent accidents. Read the product label for specific disposal instructions. Pesticides leftover in the container need to disposed of at a safe … Read more 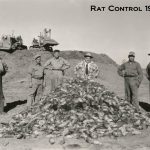 On January 22, 1955, the Winnipeg Free Press published an article called ‘The Man Who Killed 10 Million Rats’. The man in which the story referred to was none other than Napoleon Louis Poulin, the founder of Poulin’s Pest Control. “He earned that distinctive title in the early 1950’s when he led a small number … Read more 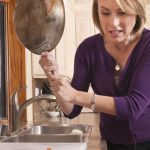 Pest infestations have a tendency to get out of control quickly. Most people never think their home or property is going to get overrun with pests. And that’s exactly what they want you to think. It all starts with just one pest. You might see a lonely insect or spider in your home and think … Read more 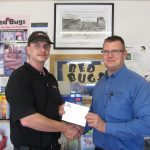 Richard Vilness recently celebrated his five-year anniversary with Poulin’s Pest Control! Ricky works at our Saskatoon, Saskatchewan branch as a Heat Technician. Ricky started working with Poulin’s after a friend of his was taking part in a summer school program, he was most interested in the unique aspect of pest control and how the day-to-day … Read more 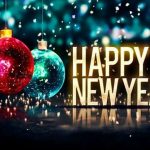 Wishing you and your family a happy and healthy holiday season filled with joy and laughter, may you have many successes and prosper in the new year!