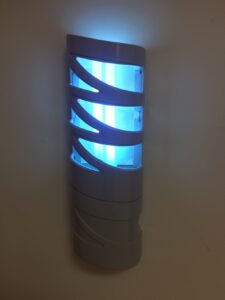 Flies that generally invade from outdoors – house flies and blow flies – respond strongly to light, but those that breed inside – moth flies and phorid flies – will not be very attracted to Insect Light Traps. Placement of an insect light trap will not have great benefit for infestations involving these small flies.

Once entering a building, flies take a while to become adjusted to interior lighting and thus responsive to the light wavelengths given off by an insect light trap. A period of 15 minutes to hours may elapse before a particular fly becomes attracted to an insect light trap. In addition, a fly may need to be within 25 feet of a trap to see it.

Follow these dos and don’ts when installing insect light traps.

Poulin’s Pest Control sells many options for insect light traps. Call our retail store directly to find out more information on light traps and where/how to place them for effective fly control.