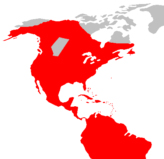 To celebrate 2020 being the Chinese year of the rat, we will be posting one blog per month dedicated to rats! Here is March’s blog post, ‘What Does “Rat Free” Alberta Actually Mean’.

There is a long-standing Wikipedia war that went viral on social media not too long ago. It featured the Province of Alberta and their claim to fame of being a “rat free” province. Poulin’s Pest Control played a vital role in ridding Alberta of all rats.

It all started in the late 1700’s when Norway rats were introduced to Canada via ships coming in from Great Britain during the American Revolutionary War. These rats multiplied and travelled west across Canada, infesting every province and spreading disease. Norway rats were first sighted at the Saskatchewan and Alberta border in 1950. If the Province of Alberta did not act quickly and aggressively, these rats would have taken over Alberta like they did everywhere else.

The governments first response was to inform and educate the people of Alberta on what to watch for and the dangers of rats coming into their homes. They released a series of flyers and advertisements declaring “Rats are coming!” and “Keep ‘em out!”

In 1951, rat sights and infestations were growing along the Alberta border and were staring to encroach further into the province. Alberta did not have the knowledge or expertise to handle the rat control issues themselves, and that is when Napoleon Louis Poulin was hired by the Alberta Government to eliminate all rats in Alberta. Poulin and his team created and implemented the rat control program that officially rid Alberta or all rats. The program took 18 months to complete and, in the fall of 1953, Alberta was known as a rat free province. Napoleon Louis Poulin shared his knowledge with the Alberta Government and was known from then on as “The Man Who Killed Ten Million Rats”. To this day, Alberta is still considered to be “rat free”.

So, what does it actually mean when we say Alberta is a “rat free” province?

It would be ignorant to believe it means that not one rat will ever or has ever set foot in Alberta’s borders since the early 1950’s. This is not what being a “rat free” province means, and this is the main misunderstanding that fuels the fire for the Wikipedia war. Rats may wander across the border from Saskatchewan or hitch a ride in with shipping trucks, but these rats are dealt with as quickly and aggressively as possible. People living in Alberta still hold on to the knowledge they were taught in the 1950’s and they are not allowed to own rats as pets or travel into the province with a rat as a guest. If any Alberta resident is found to have a pet rat, they will face steep fines from the government.

When rats are found they are exterminated immediately. This is how Alberta is able to keep their rat numbers as minimal as possible. One pair of rats can potentially lead to a colony of 15,000 rats in just one year! With the teachings that Napoleon Louis Poulin left for the Alberta government, rats never get the chance to establish a colony within the province. Any rat that is found is usually a hitchhiker or a border jumper and does not get the chance to actively breed or create an established colony. This is what it means when you hear about Alberta being a rat free province.

It is very rare, but once in a while you may come across a rat on a farm in Alberta. That rat does not last very long and is not part of an established breeding colony. The vast majority of Albertans have never seen a Norway rat in real life, meanwhile many people in other provinces are highly likely to have seen rats throughout their lives, either wild or as pets, or know someone who has dealt with a rat problem on their farm or in their homes. This is what it means when we call Alberta “rat free”.

Poulin’s Pest Control currently has three retail stores in Alberta located in Edmonton, Calgary, and Lethbridge. Our Pest Management Professionals are able to service the entire province of Alberta and we also offer Canada-wide shipping through our online store. If you have any questions or concerns about rats be sure to contact us online through our “What’s Bugging You” contact form or give us a call toll-free 1-888-768-5467.