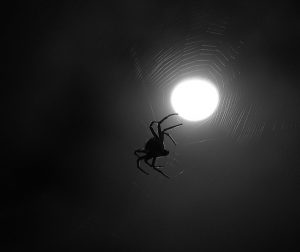 Arachnophobia is one of the most common phobias plaguing the human species. People with arachnophobia experience fear and unease when they believe they are in the presence of spiders. The sight of cobwebs or spiders themselves can cause a person with acrophobia to have panic attacks, scream, cry, or even faint. This phobia affects around 3.5 – 6% of the population and there is still much debate on whether the fear of spiders is a result of an evolutionary need to protect oneself from venomous creatures or something we learn to fear by observing how others react around them.

Spiders have gotten a bad reputation, only being seen as creepy crawlies hiding away in dark corners, preying on unsuspecting insects and sucking the life right out of them. Movies like Arachnophobia, Eight Legged Freaks, Tarantula, or Kingdom of Spiders aren’t doing these little guys any favors either! There is a lot more to the spider than what we see on the movie screen! Here are some spider facts that you may not know: