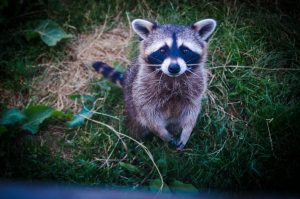 Skunks, raccoons, coyotes, squirrels, and a whole host of other species indigenous to Canada have become urban pests. This has happened not because they’ve moved into the territory of human beings, but because humans have moved into their home.

It’s hard to remember this, though, when some four-legged bandit has emptied your trash bag all over your lawn or moved into your attic and caused thousands of dollars worth of property damage and made a huge mess of your insulation, wiring, and shingles.

In past years, such behavior would warrant an immediate call to an exterminator. True to the name, the exterminator would set about killing the offending creature, ensuring that it wouldn’t bother your again.

Recently, humans have softened their approach. There’s been a surge in “live trapping” of nuisance animals, with the goal being to move them far enough from your property that they won’t return. Unfortunately, this solution hardly ever works out as planned. Often, animals are injured in the process, and can die painful deaths it a trap. Traps aren’t overly selective, so many times the wrong animal is captured. In the case of a neighbourhood pet making its way into your trap, you might find yourself with some unpleasant explaining to do. Parent animals can be taken from their offspring, which can cause death of the child animals.

The natural balance of the area in which the transported animals are deposited can be thrown off, too. In the end, our desire to save one animal can result in endangerment of several more.

At Poulin’s Pest Control, we’re familiar with all types of pest problems. In some cases, we can help you rid your property of unwanted guests without harming them. Our trained technicians know how to make your property less appealing to animals, and how to exclude them from your house altogether.

So, if you’ve got some visitors you’d rather see less of but want to make sure that the pest control company you hire treats the animals ethically, contact Poulin’s Pest Control. We’re proud to say that we’ve helped numerous families in cities and towns all over Canada rid their properties of pests without harm to the animals themselves.