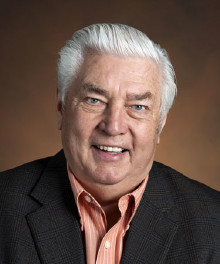 With broken hearts we announce the peaceful passing of our beloved husband and father, Don Poulin, on January 21, 2018 at Riverview Health Centre. Don will be lovingly remembered by Carol, his wife of 37 years, and sons, Lincoln and Ashton. He will also be missed by Aunt Jeannine, his sister Irene, many cousins, nephews, nieces and Carol’s siblings as well as many friends and business associates. Don was a well-respected man, a kind hearted man who never held a grudge. He was always willing to lend a helping hand to anyone who needed it, be it friend, acquaintance or stranger. Starting at the age of 15, Don worked alongside his dad in the Pest Control Industry. Once he took over, Don expanded the business and opened offices throughout Western Canada. During his 66 plus years in the industry, Don’s motivation and passion established Poulin’s Pest Control into one of the largest pest control companies in Canada. In Don’s eyes everyone employed by Poulin’s is considered extended family. He cared for each and every employee and his door was always open to everyone. Don loved spending time at the “camp” in St. Malo. This was considered family and friends time. Here he was known as “Sonny”. Swimming, canoeing, bonfires, laughing, throwing sticks for the dogs; he enjoyed it all, especially four wheeling where getting stuck, usually in wet mud, was his favourite part. Lincoln or Ashton were usually around for the challenge to “get dad out’. All fun! Many thanks to the doctors, nurses and aids at Riverview Health Centre, 3 East, for the excellent care during Don’s short stay.